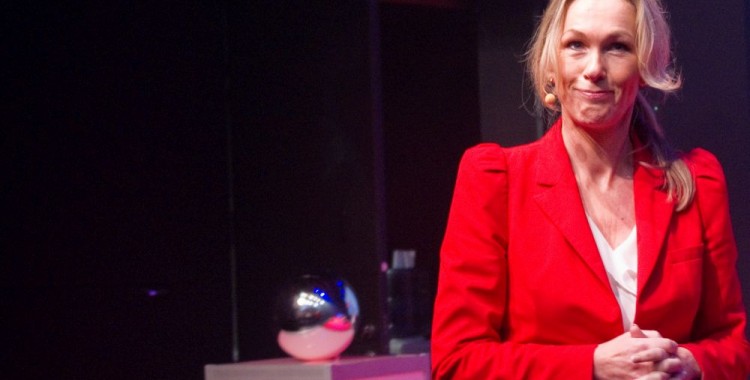 The only constant thing in life is change. We can decide to ignore it, accept it, we can fight it. It doesn’t really matter. Change will happen anyway. It is the direction it takes and how you can make things better, stop things from going worse and make use of the change, that is different for each person.

I had the chance to listen Anita Krohn Traaseth, CEO of Innovation Norway and one of the key-leaders in Norway, she is titled as “Top 20 Women in Business in Northern Europe”, “Top 50 Most Inspiring Women in European Tech” and “Best Female Leader in the IT Industry”. She was talking about change leadership on a Norwegian-Chamber of Commerce annual event.

As I am fond of Norway, this seminar surely gave a good overview of what Norway is going through. I have been following Anita Krohn Traaseth via Twitter, as she is very active in social media and it was a pleasure to see her “live”. Here are the thoughts I picked out. Just one note – she talked a lot about technology, as it is one key factor in today’s changes in business and economy and really in our everyday lives. I will not mention these topics so much and focus on some of the thought provoking ideas. “If the time for you is worth saving, you better start swimming” Bob Dylan These were the words by Dagfinn Sørli, ambassador of Norway to Estonia, to start the inspirational seminar. And I think in the light of current events, he (and Bob Dylan) is right. We all need to take action.

Norway’s top leader started the talk about 1970s where it was the foreigners that said that there might be some oil. She reflected that all the opportunities start with opposition. Norwegians didn’t believe that there could be oil. Now, after 44 years, oil has changed the game for Norwegians. Due to the oil, Norway and people born in 1970s could only see the way up-life. That meant that even when there were problems in the world that forced other countries to develop, Norway didn’t have to. In 2014 it changed.

Some of the new points we have to accept:

We have to create new playbook for Norway to make our economy much more sustainable.

Estonia and Norway both are small countries we have to have power couples, play together otherwise we are small fishes in the sea. Alone we could never compete with the likes of China. That means also we need to have something of value in what we deliver. Anita Krohn Traaseth brought out one thing that has been in my mind for a long time. As I am from the in-between generation, not exactly X and not Y-generation, I can’t say that out loud. But she did:

70s people and generations role is to UNDERSTAND and make space for the new generation. And if we reach the point where we don’t understand and can do it then we need to step down.

I have heard a leader of talent management company tell career specialists that we somehow have to deal with Y-generation with the hint that the X-generation is actually right. I think she should have stepped down her position and make space for new people, as what she said and how she thought others (some older than her) was clearly not a good case of change leadership. I like what she said: Finally the new generation can show their character. How would Estonians say “I have a dream!”?

After giving an insight on Norway and the changing world and how we need to change with it, Traaseth went on to leadership. It was one of the first things I learnt in Business School, that there is a difference between a “leader” and a “manager”. Both are necessary, but for different times and reasons. Few points Traaseth, who herself has years and years of leadership experience, made:

The three types of employees

Traaseth referred to The Gallup Management Journal that had put together a three types of employees. This is fairly known overview that one should take with reservations, but in all simplicity, it is quite right, I believe.

In a change process is hard to making those actively disengaged people to take part. you need to act differently.

We need a manager, but the world is over managed and under led – Kotter

Don’t underestimate culture in a change. It is extremely important

But now, ask yourself: who do you want to be – amongst the engaged or disengaged ones? It is your personal choice. if you are the 10% you will have to take a lot of shit, work a lot. It is true we have different times in life. When you hit that level of dissatisfaction there is no-one who can help you out but you. If you choose to change the group its hard work.

I don’t just deliver, I want to change things. If you are in the bad category you should stop being a leader because it will be destructive to the team. – Anita Krohn Traaseth

Anita brought out a very good point to always look at the mirror and your own reflection not through the “window”. If you look through the window you always see something to blame. But take a hard look at your reflection to make changes. She started a management blog in 2012. She put up the application she made to become a trainee in IBM so it might help others (she got the position). And stright away she got a bad review in Norwegian financial newspaper saying that it is stupid and what kind of leader she is doing that. This bad review made her stop and think: why do I do this blog project? She could have stopped – she had at least tried. But she had a mission and decided to be extremely embarrassed. Now, she has millions of clicks and award for the blog.

Moral of the story: What can be strange this year can be innovation next year. Showing how she counts the stabs in her back.

On the last bit of her talk, Anita went more deep on her own struggles as a leader. She gave some really sound advice.

I really enjoyed her energy and the fact that she can be honest about having a NORMAL life, with her own struggles, choices and successes. We should all take more risks to be ridiculed. That means we are trying to change and make things better. We should all thrive to find our way of life. We should manage, but also lead. Because the only sure thing is change. You can see the video of her performance here. Follow her on Twitter and see her blog. This kind of seminars are inspiring! Thanks to team Norway for organizing! 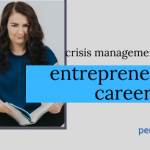 Strategy for entrepreneurs and for career management in uncertain times 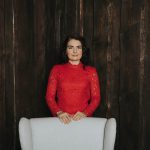 What it really means to be an influencer? 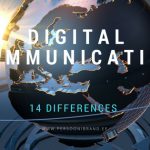 Differences of digital communication and what you should know about it 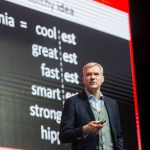 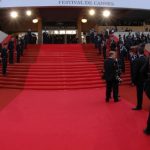 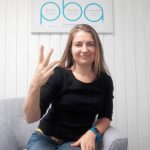 3 recommendations to thrive as a CEO of your life 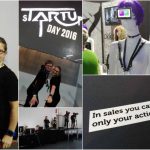